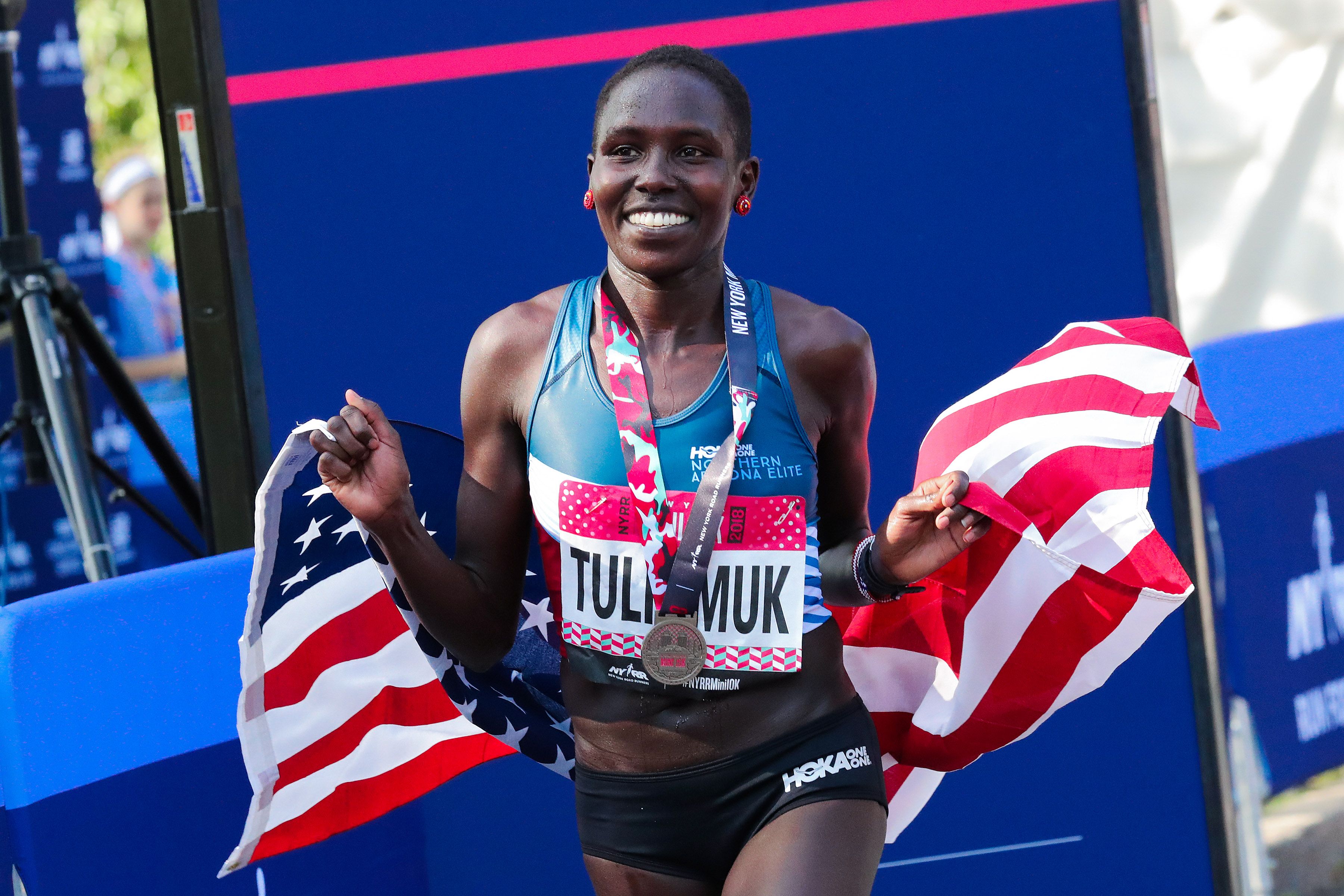 The men’s race started and finished first. It was an interesting one. Luke Puskedra took it out first and was eventually passed by Brian Shrader, but it was at mile 14 that Galen Rupp took over the race. Rupp accelerated hard and only a few could follow. One of those men was Abdi Abdirahman who seemed to be talking with Rupp. Others followed as well including the US Army teammates Leonard Korir and Augustus Miayo. Perhaps the most surprising was Matt MacDonald who is from the Atlanta Track Club.

Eventually, Rupp broke away from the others and sailed to victory. There were questions around Rupp’s fitness heading into the race especially after coming off achilles surgery last year. Rupp ran 2:09.

It was the race for second and third that all the drama happened. The Korir, Miayo, MacDonald, and Abdirahman continued to swap places. As Miayo and MacDonald dropped away, a new name appeared on the leaderboard – Jake Riley. Riley, a 2:10 marathoner, put himself in the conversation in the final couple of miles and eventually began surging into second place. As they hit the large hill with under a mile to go, Abdirahman and Riley turned the screw on Korir to create enough of a gap to hold him off. Still it was a sprint finish between the two athletes with Riley pipping Abdirahman on the line. Riley ran a personal best of 2:10:02.

Unfortunately, I have to note that the first 6 athletes were wearing Alphaflys.

On the women’s side, the race could not have been more different. There were no breakaways from the pack and all the big names were there through half way. Jordan Hasay was the first big name to drop off the back, then Molly Huddle, then Sarah Hall, then Emily Sisson and so on. As the damage was being done at the back of the group, the gaps was also opening at the front courtesy of Aliphine Tuliamuk. Following Tuliamuk were Molly Seidel who made her marathon debut and Sally Kipyego. In the next couple of miles, Tuliamuk and Seidel dropped Kipyego who would be forced to battle for third place while it appeared that the lead pair worked together. On the final hill, Tuliamuk turned the screw and opened up a large gap on the Seidel, but the pair had time to celebrate. Behind, Kipyego seemed to be struggling as Laura Thweatt and Des Linden looked to be gaining. Ultimately, Linden’s efforts were just not enough as Kipyego held on to the third spot despite a huge charge by Liden over the last 800M.

Since I brought up shoes, I should note that Tuliamuk was sporting HOKA shoes, Seidel was wearing Saucony, and Kipyego was in the Alphafly.

Full results can be found here.

Galen Rupp is widely considered to be greatest American distance runner of all-time. He is the American record holder over 10,000M and won a silver over that distance at the London Olympics. Rupp made his marathon debut in 2016, where he won the Olympic Marathon Trials in L.A. Since, Rupp has run 2:05 over the marathon distance and has won the Chicago marathon. A trip to Tokyo will be his 3rd Olympic appearance. This is the first marathon that Rupp has finished since his achilles surgery in 2019. There is of course, controversy around Galen Rupp. His coach, Alberto Salazar, has been banned for four years (minimum) for breaking the World Athletics anti-doping rules. Jake Riley was the top American at the Chicago Marathon in 2019, running in the 2:10 range but slower than his 2:10 performance at the Trials. Riley is an unsponsored athlete who was still trying to figure out what shoes he was going to wear on Saturday! Riley represented the Boulder Track Club at this year’s Trial and this is his first senior U.S. team. Riley also had a similar achilles surgery to Galen Rupp and has made quite a comeback over 2019 and 2020.

Abdi Abdirahman is a 43 year-old who just made his 6th Olympic Team. Abdirahman was always a dark horse to make the team, but has not had a top marathon performance in the last couple of years. His most recent result was a 3rd place at the New York Marathon in 2016. He competed over 10,000M at Sydney, 10,000M at Athens, the Marathon in Beijing, the Marathon in London, and is now headed to Tokyo. Abdirahman was only one minute and seven seconds off his personal best at the Trials. His personal best is 2:08:56. 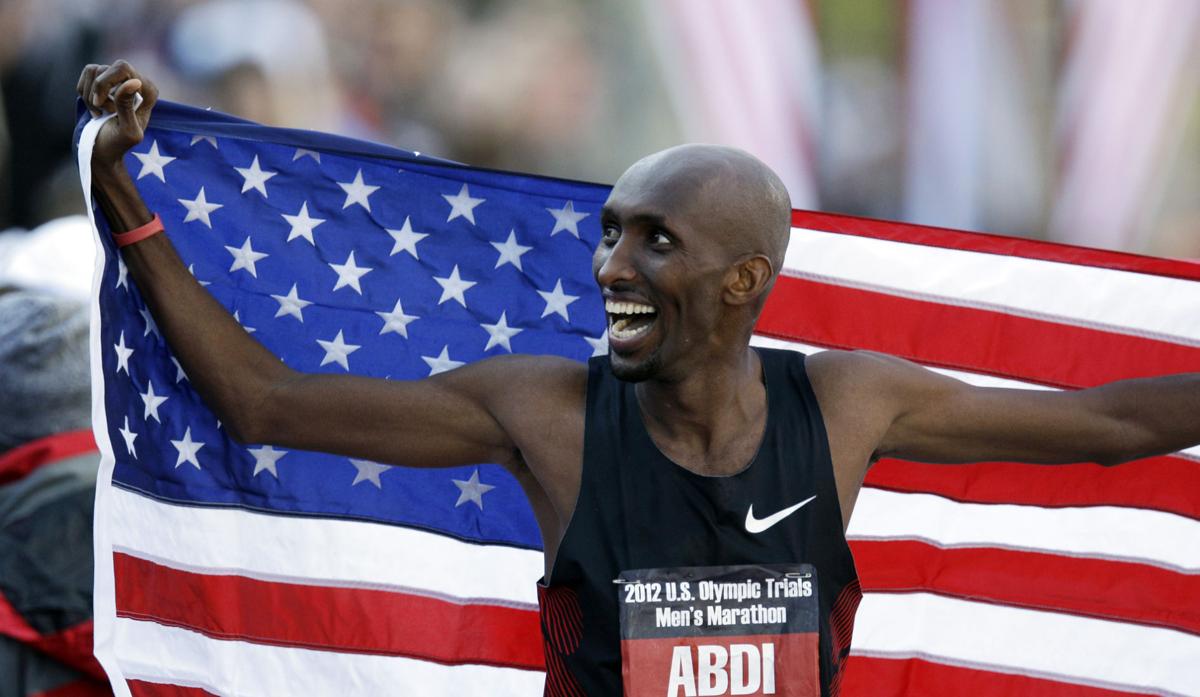 Alphine Tuliamuk runs with the NAZ Elite squad and was 3rd at the Rotterdam Marathon in 2019. Tuliamuk was born in Kenya and is one of 32 children. After coming to the states for college, Tuliamuk stayed in the U.S. and got her American citizenship in 2016. The victory at the Trials was her 10th U.S. American title and she just missed her personal best 2:26 personal best from Rotterdam. As a hobby, Tuliamuk knits hats – you may have seen her wearing one at the race start and another at the finish. Tuliamuk was my dark horse entering the Trials.

The second place finisher in the women’s race was Molly Seidel. Seidel made her marathon debut at the Trials after qualifying with a half marathon performance. Runner’s World had a great article of Seidel returning from an eating disorder on her way to the Trials. Seidel ran a gutsy race and sat in the pack for the majority of the race before covering the move by Tuliamuk. Seidel works at a coffee shop to supplement her running income (maybe after winning $55,000 at the Trials, this will change).

Sally Kipyego grabbed the third spot at the Trials. Kipyego was considered by many as one to watch entering the Trials and she ran a great race as well. Kipyego was also not born in the U.S. and like Tuliamuk was born in Kenya. Unlike the two previous finishers however, Kipyego is a big name in distance running. She is a two time silver medalist at the 10,000M, once at the World Championships and again at Olympics. Kipyego had recently run her personal best in berlin with a 2:25 performance, she was also the runner-up at the New York Marathon in 2016. Tokyo will be Kipyego’s second Olympics. 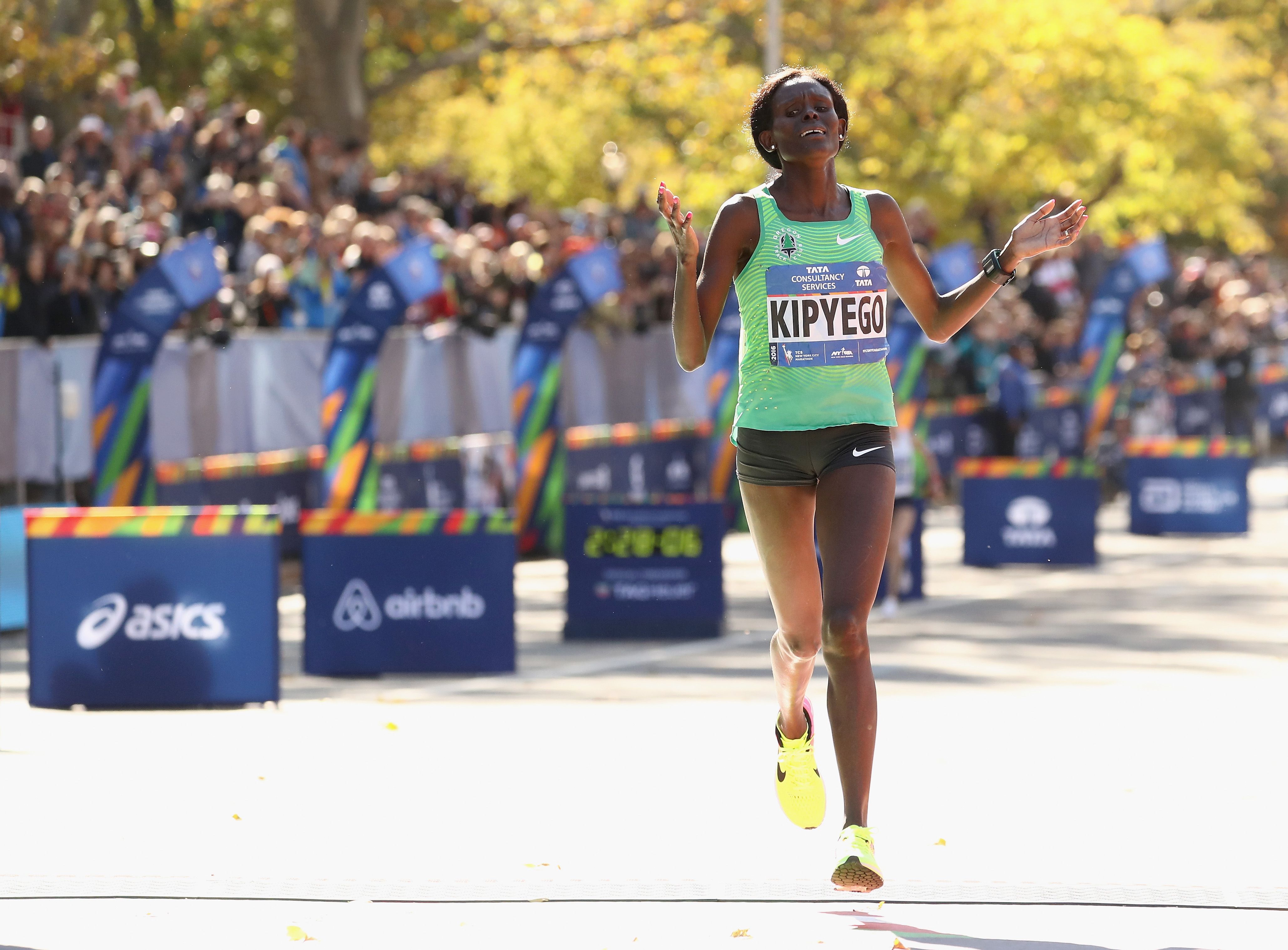 One thought on “U.S. Olympic Marathon Trials Wrap Up”