Skip to content
andersenruns Uncategorized December 5, 2018December 5, 2018 7 Minutes
From Aurora, Ontario, Steve Fleck is one of canada’s leading athletics commentators. As a former Ironman and tri-athlete, Steve made the switch to the booth and calls many Canadian races in cycling, running and triathlon.
A few races Steve has called are:
– Canadian Indoor Championships for Athletics Canada
– OFSAA Cross Country Championships for Athletics Canada
– Canadian Cross Country Championships for Athletics Canada
– National Track League Meets for Athletics Canada
– Ironman Canada
– Canadian Triathlon Championships
– ITU World Triathlon Championships
I sat down with Steve to ask him eight pressing questions about his career, the shape of Canadian athletics, the Canadian Cross Country Championships, his what he thinks the top Canadian performances are of 2018, and what he’s looking forward to in 2019.
You can follow Steve on these social media accounts:
Twitter: @stevefleck
Instagram: steve.fleck
Here are the eight questions. Enjoy!
You have commentated on a lot of races. As an athletics, cycling and multi-sport commentator, what is your most memorable race call?
That is a REALLY hard question to answer for me, because there is such a HUGE range in the kinds of work I do in this area – from calling truly world class, races with some of the best athletes in the in the world – World Champions & Olympic Champions, at say the recent UCI Track Cycling World Cup in Milton, to more local races/events with just average folks trying to achieve a life-goal of finishing a first 5K or triathlon!
I will say that the most moving, memorable and emotional work I’ve ever done, was working last summer as one of the Announcers at the Invictus Games in Toronto. I regularly had tears running down my face interviewing the athletes and their families – on what had happened to them, and how they overcame horrendous physical and mental trauma to be there!
What would you recommend to those wanting to get into athletics or multi-sport commentary?
Don’t do it for the money – LOL! You’ll probably need to start off volunteering. Be passionate, be knowledgeable, and like anything know how you will add value to to the race or event.

Did a few pre-meet interviews before the NACAC Championships for #ACTV & @runnerspace with @justyn.knight @kingsleysc and some.of the other Canadian favorites, yesterday. cc @athleticscanada #tf6ix #trackandfield #athletics #toronto #varsitystadium #uoft

Would you rather watch: road running, track, or cross country?
Each has their own attraction and interest for me.  I really love the primal, basics and elements of cross-country – and throw in the weather, and you really need to be hardy, strong, and fit. And the results are often a bit unusual – look how well someone like Claire Sumner does in Cross Country versus on the track. She’s competing shoulder to shoulder with, and beating other runners with much better track and road PB’s.
I love the track as well. My favorite race to call is the 800m – it’s short enough that it can hold people’s attention for the full duration. It’s long enough to have strategies and story-lines unfold as the race is run. In a highly competitive 800m race, the final outcome is often not decided until the final 50m! For an Announcer/Commentator – that’s built in drama that you can’t beat!
You were at the forefront of asking more Canadian elites to race at the Canadian Cross Country Championships. Why do you think XC is less amongst some Canada’s elites?
I really had nothing to do with it. I did push it a bit on social media – asking some of the top men/women if they would be racing at ACXC this year. This push to put together the best team we could, first came up when I was talking to Charles Philibert-Thiboutot [aka CPT] this past summer in Ottawa at the Canadian Championships. It was Charles, who said to me: “I want to do everything I can to put the best team together that we can for the 2019 IAAF Cross Country Championships.” Corey Bellemore had the same thing to say to me when we were together, ironically, at the IRONMAN World Championships back in October. Corey was the same – he was making a big push, himself with his training and also encouraging other top Canadian runners to really have a go at it. Ironically, both Corey and Charles could not start the ACXC Race this year due to minor injuries.
It’s complicated as to why say Mo Ahmed, Justyn Knight or an Andrea Seccifin and some of the others, won’t come and race ACXC. Each, I’m sure has their own reasons. Often when you reach this level, these decisions start to become driven by the business side of what you are doing. After all, they are professionals to a certain or great degree!

I'm pleased to be working with @corey_erdman on the Live Stream Commentary for #ACXC2018 on ACTV, Saturday. Link to Stream is here – https://t.co/dEPH9DTb05 #running #crosscountry

What can Canada do to continue developing our distance running program?
We have to help make that transition from age 16 -18 to about age 23, “easier”. Our high school and club programs actually have good numbers of kids running and racing. If you look at the depth of competition in the OFSAA Championships (Ontario High School Championships), it’s very high – but then how many of those kids, are still in the game and progressing at age 22? We lose a lot in those years! The attrition rate is pretty high. But that is the time when, for a middle or long-distance runners that you REALLY need to start stepping it up if you are sub-national team or national team level!
You were are very good Ironman athlete. What can being an Ironman teach to pure runners? Should more runners try multi-sport events?
Thank you. Yes. I was part of that early, kind-of, pioneer generation in Triathlon in Canada! Fun times. We really had NO IDEA what we were doing back then!
IRONMAN racing teaches you about many things – perseverance and patience probably being the two biggest. You just keep going. You keep going in the training. And no matter, what you keep going in the race. It’s not over until you get to the finish line!
Doing “well” in triathlon has always been about running well if for no other reason than the run is last, and you run from the finish of the bike to the finish line. So being a strong runner has ALWAYS been really helpful in triathlon. Run “well”, relative to everyone else in the race, and you will do very well! In most big, competitive triathlons, all the top spots are typically figured out on the run!  That’s why I always encourage runners, who want to give triathlon a try, to actually do it! If they are, pretty good runners to begin with, once they have figured out the swim and the bike, they are often doing very well in the races!

TBT to Ironman Canada. Back to when we really had no idea what we were doing. We just swam, cycled and ran as much as we could. Worked out OK. I had a good day! Cold Budweiser on tap! #tbt #throwbackthursday #triathlon #Ironman #penticton #swim #cycle #run #ironmancanada #speedo #endurance #endurancesport #beer

After watching Aaron Brown, Mike Woods, Krista Duchene, Cameron Levins, Leah Kirchmann and others, what are your 2018 performances of the year – one for running and one for cycling?
Glad you mentioned Mike Woods. A former top runner, as many know. Rusty’s 3rd place performance at the World Road Race Championships, was extraordinary! Canada’s best performance at this level in cycling for a long time.
Of course, Cam Levin’s breaking of the men’s marathon record [Cam ran 2:09], was exceptional as well. The exciting news, is I think Cam is capable of going much faster. He looked absolutely in control the WHOLE way in that debut marathon performance. Honorable mention for Rachel Cliff, with another fabulous marathon debut – just over the Canadian women’s record. Like, Cam – I think Rachel can go much better here – the marathon IS her race!
On the track, shifting WAY down in distance it was great to see Aaron Brown really come into his own, at the 200m internationally. I am hoping for a healthy Andre DeGrasse for next year, because combined with Aaron and a few of our rising stars in sprinting, we should be looking at a medal in the 4 x 100m relay at the IAAF World Championships next year.
Which athletics event, be it worlds, a specific marathon, or something else, are you most excited for in 2019?
It’s a BIG year – IAAF World Cross Country Championships are back as are the IAAF Track & Field Championships. IAAF XC Championships is going to be run on a VERY tough course in Denmark next March – will this throw off the perennial contenders for the top spots, such as the East Africans.
The IAAF Track & Field Championships in Doha, is really late in the year. It will be interesting to see how the top people do – it’s a VERY long season, and figuring out the peak will be hard!
Rusty Woods, could be a contender in the Tour de France in July! [If he rides the Tour and does not do the Giro-Vuelta]
Mo Ahmed is just on the cusp of breaking 13 min in the 5000 and 27 min in the 10000 – that would be great to see, but even better would be Canada’s first ever medal in either of those events at the IAAF World Championships, around Mo’s neck! That would be something wouldn’t it?
In triathlon, Lionel Sanders will take another run at the IRONMAN World Championships – he was 2nd last year, ran into the problems this year. Will 2019 be Lionel’s year?
Again shifting down to track sprinting Crystal Emmanuel, has what it take to contend in a women’s world class 200m Final. She has the talent and always races with extraordinary passion – could she stand on the podium in Doha, at the IAAF World Championships.
Also, Melissa Bishop will be making her return to running and racing this year after taking a full year off to have a baby. Tokyo in 2020 and the women’s 800m final, I’m sure is her ultimate come-back goal, but it will be good to see how she goes this year.
Just some of the things I’m looking forward to next year, in the sports I’m involved with.

Thanks for reading and thanks to Steve Fleck for taking the time to answer these questions!

Stay tuned for more in this series!

One thought on “8 Questions with Steve Fleck” 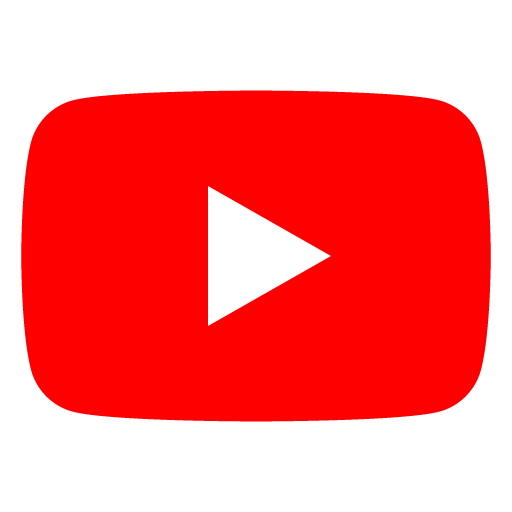 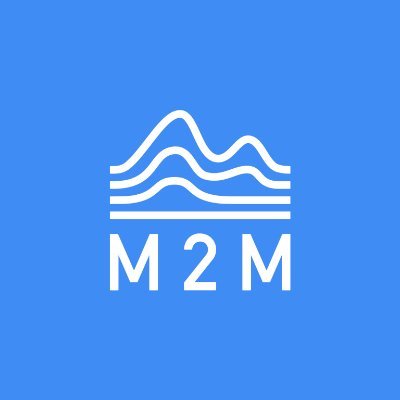